How many Cheltenham Festival races are named after horses? 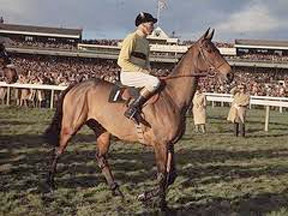 The Cheltenham Festival was extended from three days to four in 2005 and, at that stage, several races – including the Ryanair Chase and the Glenfarclas Cross Country Chase – were added to the programme to facilitate the extra day. Further races have since been added, increasing the total number to 28, four of which are named after horses.